In daylights, in sunsets
In midnights, in cups of coffee
In inches, in miles, in laughter, in strife
In five hundred twenty five thousand six hundred minutes
How do you measure, a year in the life?

July 28, 2013- I just can’t go on. I’m killing myself slowly from the inside out. God help me stop. Somebody help me stop. Please, please don’t let me drink again tonight. I some how, somewhere found the determination to not take a drink. It was probably the disgusting hangover I woke with that morning after a bottle of white and half a bottle of sickening sweet sangria. I’m a mess, this isn’t who I’m supposed to be, what the fuck happened to Sharon.

August 5, 2013 – After 5 days of white knuckling, skin crawling days spent reading sober blogs, joining Soberistas, the BFB, listening to the Bubble hour, pacing the kitchen, going for walks, I decided to join Belle’s 100 day challenge. I reminded myself constantly about the out of control drinking, the fuzzy thinking, the pathetic thing I called my life. Husband #1 was out of the country at the time but his reaction, ” How are you ever going to do that?”.  WTF.

Mid August – With Belle’s daily encouragement, my treats, 1-2 hours of reading sober blogs daily and tonic and lime in a wine glass, ( I know, I know, but it’s the ceremony of the thing) I got through it. Today, I can take the wine glass or leave it, but early on it soothed me. I know it was pretending but whatever works is my motto.  I also took Belle’s Sober Jumpstart Class and cried, cried, cried when I talked to her at the end of the week. I knew I deserved better than the life I was living.  It was time.

September – 1st beach vacation sober.  It was hard during the witching hour.  Husband #1 would be having his wine and fixing dinner, I would take my tonic to the deck with a magazine, anything to avoid the kitchen.  I watched the sun rise over the ocean every morning and looked at the incredible stars every night.  I surprised myself by having a really good time.  I read sober blogs every night.  It was on vacation that I discovered Trish’s Changing Courses Now blog.  Here was my sober cyber sister.  We were almost the same age, had a lot in common.  We started to email and it helped me greatly.  She was a month or two ahead of me.  She spent two weeks in Italy alcohol free.  If she could do that in Italy, I could certainly make it work on the Outer Banks of North Carolina.

I celebrated my 62nd birthday, sober! It was wonderful and pink clouds had arrived.  Even though they come and go I still have amazing moments of bliss.  I think I look good in pink!

My lifestyle changed dramatically on Sept. 27th, two days after my birthday.  I became a caregiver- full time – for my 3 month old granddaughter, Grace.  I talked to Belle, I was worried at the end of a tiring day of baby care at my age, that wolfie’s voice would be too strong for me to fight.  She reminded me of my toolbox and that I was at 60 days.  I didn’t ever want to start over so I persevered.  There were many nights I collapsed into the couch but I did not drink. Who am I kidding, I still collapse into the couch when the grandkids go home.

Halloween, Thanksgiving, Christmas and New Years. No wine. Food tasted better and I truly enjoyed my family, took the time to listen to what they were saying instead of refilling my glass.

Girl’s weekend in February.  Guess what- it was just as much fun or more sober.  No hangovers. No embarrassing behavior, well maybe a little.

Summer – Oh yes!!! Coffee on my porch in the morning.  I’m down to 2 days a week watching Gracie, she’s 1 year old now, so it’s a fraction less stressful at my house. We’re about to go back to the beach.  One week with family, one alone. Lots of sunrises and stars.

Best time of my year has been the last 70 days.  Husband #1 stopped drinking on May 18th.  He’s in Belle’s challenge now. Everything has been better, we’ve gotten closer, talk more, watch tv together, actually go for ice cream some evenings.  It’s much easier to not think about drinking when the person next to you isn’t sipping wine nightly.  Everything is better, 😉 😉 😉

The wolf still lives in a tiny studio apartment in my head, but the walls are closing in on him.  I actually just recently had an encounter with him.  Don’t talk to Belle much these days but I emailed her that I needed an exorcism. I fell off a ladder while hanging a chandelier on the 18th.  Really fucking sprained my wrist, really bad timing.  Stupid, stupid, I have to watch kids, housebreak a pup, yada, yada.  I was so pissed.  Sitting in Immediate Care ( which is such a fucking misnomer, it should be called Eventual Care ) after an hour wait, they took x-rays and sent me home.  While waiting the wolf wondered if I wouldn’t like a glass, bottle, vat of wine when I got home.  It’s what I would have done a year ago.   I told him to leave me the hell alone.  I had Tylenol and ice.

So, I’ll be celebrating today with cake, a little black dog, a big yellow dog, a sober husband, all with a big black wrist splint on my arm.  Oh well, shit happens, life goes on.  It’s better sober. No regrets for past mistakes, not enough time left for regrets, and regrets are a waste of time.  I think I’ll envelop myself in pink clouds for the next 30 years.  Want to join me?  Thanks to you all, every one of you, with your help I made it to 365. Next stop 545 days and onward to forever, one day at a time.

P.S. To my beautiful guardian angel, you know who you are.  Merci. That’s shit Sharon says! 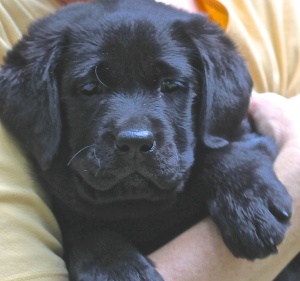 My Days of Wine and Roses, Without the Wine

Just another 50+ woman trying to get her shit together.

battle with the beast

Leap of Faith Towards Sobriety

Approaching 60 and sobriety hand in hand

The End o the Road

Saying goodbye to my booze-riddled path

A BLOG BY A GAY MAN GETTING SOBER IN NEW YORK CITY.

thebeerportal
Oh for the love of...me
And Everything Afterwards

No longer seeing the world through vodka colored glasses..

I Am Sober Now

Because I have better things to do

Get With The Program.

dangling on the edge
Carrie On Sober

A blog to help keep me on the right track...

a life in progress ... sans alcohol

My life without alcohol

Rowing my sober boat gently down the stream

I got sober. Life got big.

How I Secretly Quit My Secret Habit of Secretly Drinking